EXXpedition ‘Round the World’ Voyage

Recently, we’ve been lucky enough to work with EXXpedition. This inspiring multidiscipline team of women are working to help improve the ocean plastic crisis. They’ve just embarked on a two year expedition of the world’s oceans in order to find out about the extent of the problem. Initially we filmed their renaming ceremony (see above). We also made a 360 ‘life on board’ video to show living and working conditions. Later, we were invited back to film them as they set sail from Plymouth for the first leg of their amazing ‘Round the World’ adventure.

Exxpedition Leaves Plymouth for the Rest of the World

An all-female sailing voyage and research mission, ‘Round the World’ will cover over 38,000 nautical miles that start and end in Plymouth. This distance involves 30 voyage legs, the first to the Azores. With equipment supplied by Plymouth University on board the S.V. TravelEdge, the  EXXpedition crews will explore plastics and toxics in our oceans.  The voyage is led by co-founder and ocean advocate Emily Penn. Every member of the team shares a passion to protect the ocean. A total of 300 women will take part  in the ‘Round the World’ mission.

Emily Penn and the EXXpedition crew at the renaming ceremony.

As I write, the crew is currently half way to the Azores. They’ve covered 600 of the first 1200 nautical miles. From there, they will continue they’re journey to Antigua and beyond. With planned crew changes as they go, stops are planned in locations such as Tahiti and Tonga. Finally, after an adventure of two years, the team will return to London.

EXXpedition map shows the team half way to the Azores.

This is a very exciting project and we look forward to following their journey and hope to work with them again in the future.

See more of our work, our video production projects and our 360 Virtual Reality films.

Crealy, the South West’s No 1 family day out in 360 Video 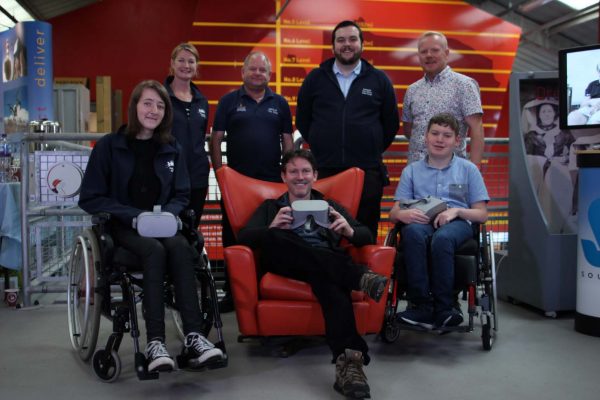